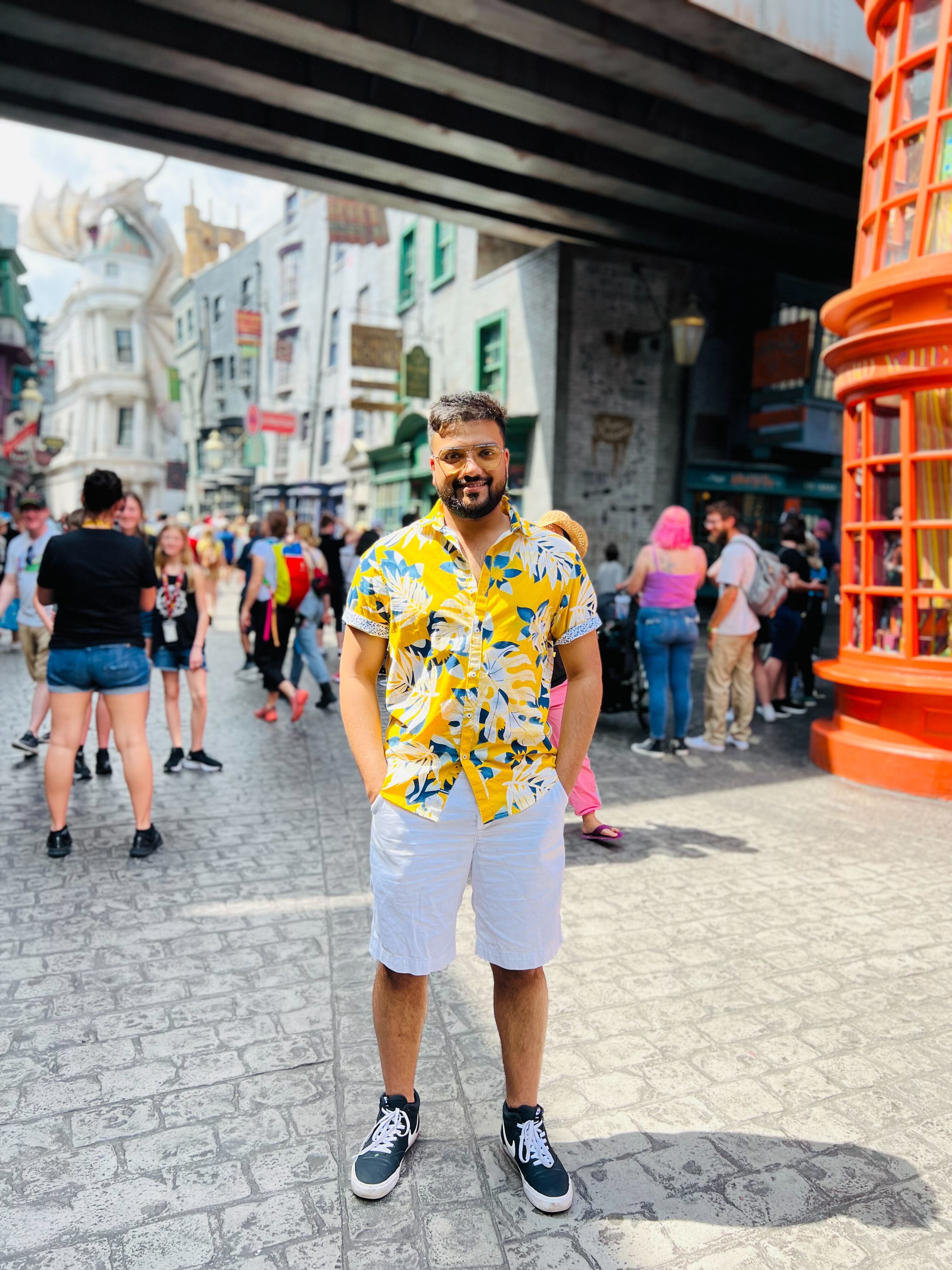 Ever wondered what it’s like to work for a digital product studio? Feeling curious about what makes our team so successful? Our employee spotlight series is here to give you an insight into who we are, how we work, and shine a light on Crowdlinker’s most valued assets - the people.

Crowdlinkers Lead Developer, Prateek Kathal, started with the company over 4 years ago. More than just a full stack developer with a wealth of experience and armory of expertise, Prateek is a company loving team player with all the time in the world for the Crowdlinker crew.

This was a super fun conversation for me. Prateek is infectiously upbeat and loves to share stories about the old Crowdlinker offices. We sat down to speak about his role at the company, what’s kept him in the team for so long, and how he became a developer.

(And, if that isn’t interesting enough, get ready to learn about who Diabolic Bullets are!)

Firstly, I have to ask, because last time we spoke you were guilt tripping about never having been. Have you managed to make it down to the shared office spaces yet?

Yes! So, I recently got engaged…

Congratulations too! So yeah, I had these Indian sweets with me which I wanted to share with everyone. I went down to the office spaces and met up with Sarah (Delivery Manager), Ayobami (Product Manager) and Nitish (Product Manager). It was lunchtime, and we hung out and could celebrate my engagement in person, then I worked there for a couple of hours, and headed back. I feel as if the old days are coming back. I’ll definitely be going back there again sometime.

That’s awesome! Tell me then, what’s your role here at Crowdlinker like? What sort of things do you work on?

Part of my role is to help other team members facing any issues, and also developing the projects that are assigned to me. Recently, I’ve been researching new tech that Crowdlinker can leverage for some of our upcoming projects, and also reviewing a lot of the PRDs for the newer proposals. For example, we’re currently working on a project for one of the biggest animal welfare charities in the world, so, I’ve been working on that and writing up the tech side of the proposal.

In the past, I’ve been involved in conducting interviews with Ankesh (Director of Technology) for hiring new team members. In fact all the other team members who we currently have, were interviewed by Ankesh and I. Because I’ve been here for a while!

Another thing, which isn’t really part of my job description, but something I’ve taken on because when you work here it’s like you feel personally invested and want the company to do better. If I find an issue with a process, if something isn’t working optimally, I'll look for the root of the problem and figure out a way to make it better. For example, I found something around the recruitment process, and I wanted to enhance onboarding of new employees, so I brought it up with the team, and Maja (People Operations Coordinator) went away and worked on it and made it better. The same for estimations as well, I worked on that to make it a better process. Just pointing out issues, bringing it up for other team members to review, and we can make those things better, together.

I started coding at 13 years old. I was, and still am, really fond of anime. I used to watch a lot of anime series like Dragon Ball Z. One day I met someone on a social media platform. At the time he was learning ethical hacking, and when he told me about it, I figured maybe this was something I could explore too. I should mention, my father is also a cyber security trainer, so I thought maybe by doing this, I could compete with my father, haha! But in the end, I learnt so much about coding and programming and figured I’d start using this knowledge to build websites. My first website was an anime site where people could download wallpapers and videos of Dragon Ball Z and stuff. Then I added other anime’s to it, and it kind of became this really big anime website.

Yeah, I was also a big fan of Dragon Ball Z as a kid. What other activities did you do growing up, besides coding?

As a young kid cricket was my passion. I played state level cricket, competing with other teams in India at that level. I even got my name in the newspaper once! I wanted to be a cricketer so bad I even created an email with my name and then .cricketer as the address! Haha.

Then once I got into web development my hobbies just became spending time working on my own websites and other projects.

How did you end up in Toronto?

My cousin lives here. He said there were a lot of opportunities here that I could explore. I would say it was a bit hit and miss for me, I wasn't super looking forward to coming to Canada straight away. But by chance I got an admission to a school for a web development course here. Then when I came to Toronto for the first time, I was sitting on a city bus, and I saw all the tall buildings and the giant skyscrapers. That’s just not common in India, at least not this tall and nice. I thought wow, okay this is it, I have to move here, I have to live my life here. And that was it. I really just love the city life here.

How did you discover your position at Crowdlinker?

I actually went to this tech event in Canada called TechTO. I found Muneer (Founder & President) there who at the time was the CTO of Crowdlinker. I met him and basically just pitched myself to him. He told me to come down to the office for an interview the next day. So, I went in and cleared the tests with no issues. He asked me when I could join, I said 2 weeks, and he asked if I could join the next day instead! Haha.

Four years is a long time. Why have you stayed here so long? What is your favourite thing about working at Crowdlinker?

My favourite thing I would say is that we work together as a family, instead of like a normal team, or individually. It never feels disconnected or like you’re solely responsible for everything you do and you have to be alone. If there’s a problem, each person in the team is there to help you out. I’ve gone through stages where if I didn’t understand something I could easily go to Ankesh or Aram (Co-Founder & CEO) and they would always be there. We work as a family, and even outside of work we come together.

During the office days, the best part was our Friday socials. We’d shut everything down at 5pm and just play games, or talk and eat chips. Sometimes we’d sit there until like 11:30 at night and then take a cab home. In other companies you might be waiting for Friday to come so that you can go home and forget about the office, but we’d all stay together. In the office! It was really fun.

What sort of things do you like to fill your spare time with, outside of Crowdlinker?

I love listening to music. My fiance just recently got me a guitar as a gift, so I’m going to start learning that.

I also spend a lot of time nowadays just working on my own projects if I’m not working on a Crowdlinker project. Then, I really love being outdoors, and hanging out with friends - I could just sit on a branch of a tree and talk to my friends for hours. And swimming, I love swimming as well. I went out swimming with Greg (Digital Marketing Manager) some time back, which was really fun.

Okay, this is a little off topic, but you mentioned music and I feel I need to know more. Tell me about the band you formed in school that you were a vocalist for?!

Haha, okay. So that journey started when I first started listening to rock artists like Linkin Park, Green Day and Breaking Benjamin. I think I got my singing voice from my mother, she used to sing too. But basically I just started singing these rock songs. Then I got into death metal and heavy metal, and I realised I could do all of the screaming they do. That’s when I formed the band with a drummer and guitarist I knew. We’d jam like every weekend or so. And yeah, that’s the story of Diabolic Bullets, haha.

Do you listen to a lot of music while you’re working?

I used to listen to trance music whilst working, I found it to be the second best music after metal that helps me concentrate the most. The beats just go on and on and I can just focus on work.

Lastly, and more on topic, can you tell me about some of the most interesting projects you’ve worked on since you started here?

I’ve worked on a few complicated projects here that require a lot of logic and inputs and so many variables you have to think about. One of them, Netsweeper, which involved calculating taxation of items being sold. The system would calculate the taxation for millions of items sold in a country, and show how much tax each merchant owes and how much has been collected.

The other one we worked on recently was Tourlitix. This project is mainly about predicting or recommending event spaces for artists and performers. It all started with me collecting data from different sources, such as Ticketmaster and Stubhub,  and so many others I can barely remember them all. I collected information about the artists, events, venues, cities, holidays, everything! And then I gave it all to the data scientist we were working with, so that we could come up with a recommendation model.

The complicated thing about this project was that every time one of the data points changes, the recommendation has to change. Which meant data had to be coming in continuously. It required a really high processing CPU, so we had to do load testing on all the servers to find out if we make say 100 requests in a minute would the server be able to handle it? We noticed it wouldn’t, so we came up with a new caching mechanism. It was fun to tackle all that. We actually did all this on a newer backend framework that I’ve been using, NestJS - I write articles about it a lot. I wouldn’t say I’m an evangelist for it or anything, but I definitely promote it! Haha.

If you’d like to discover what it’s like to work for a digital product studio first hand, check out our careers page for the latest opportunities at Crowdlinker. 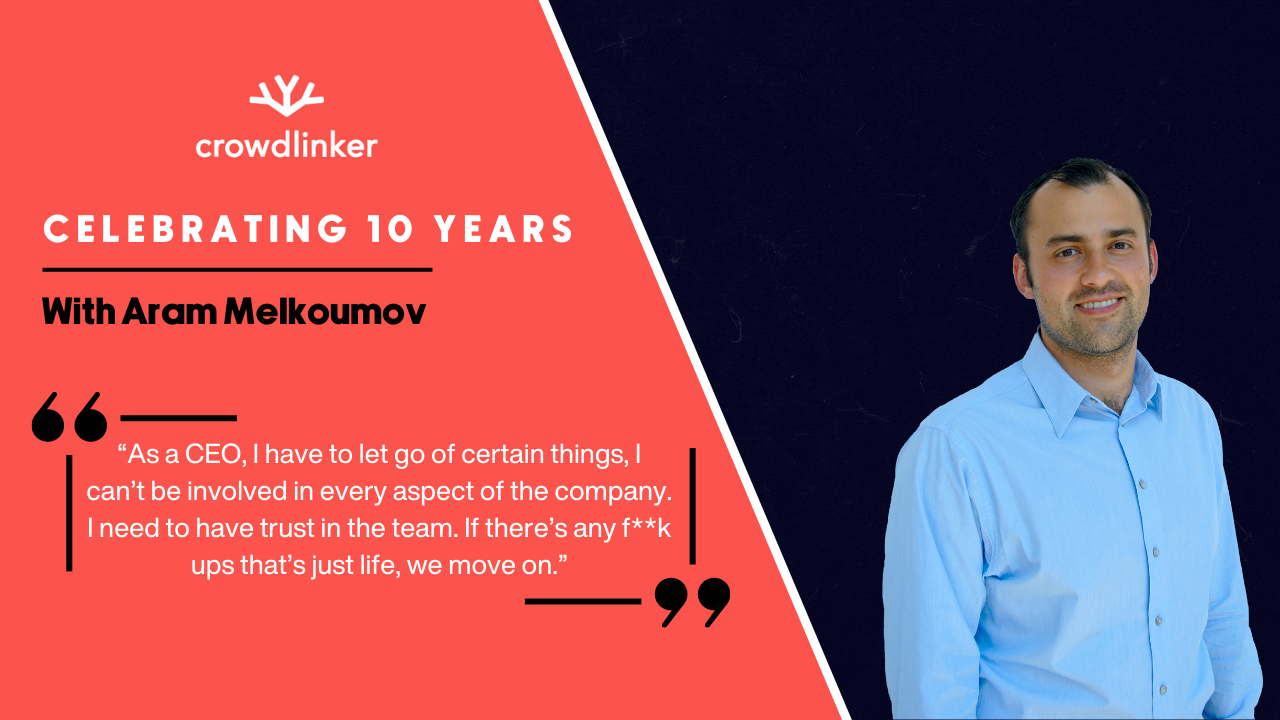 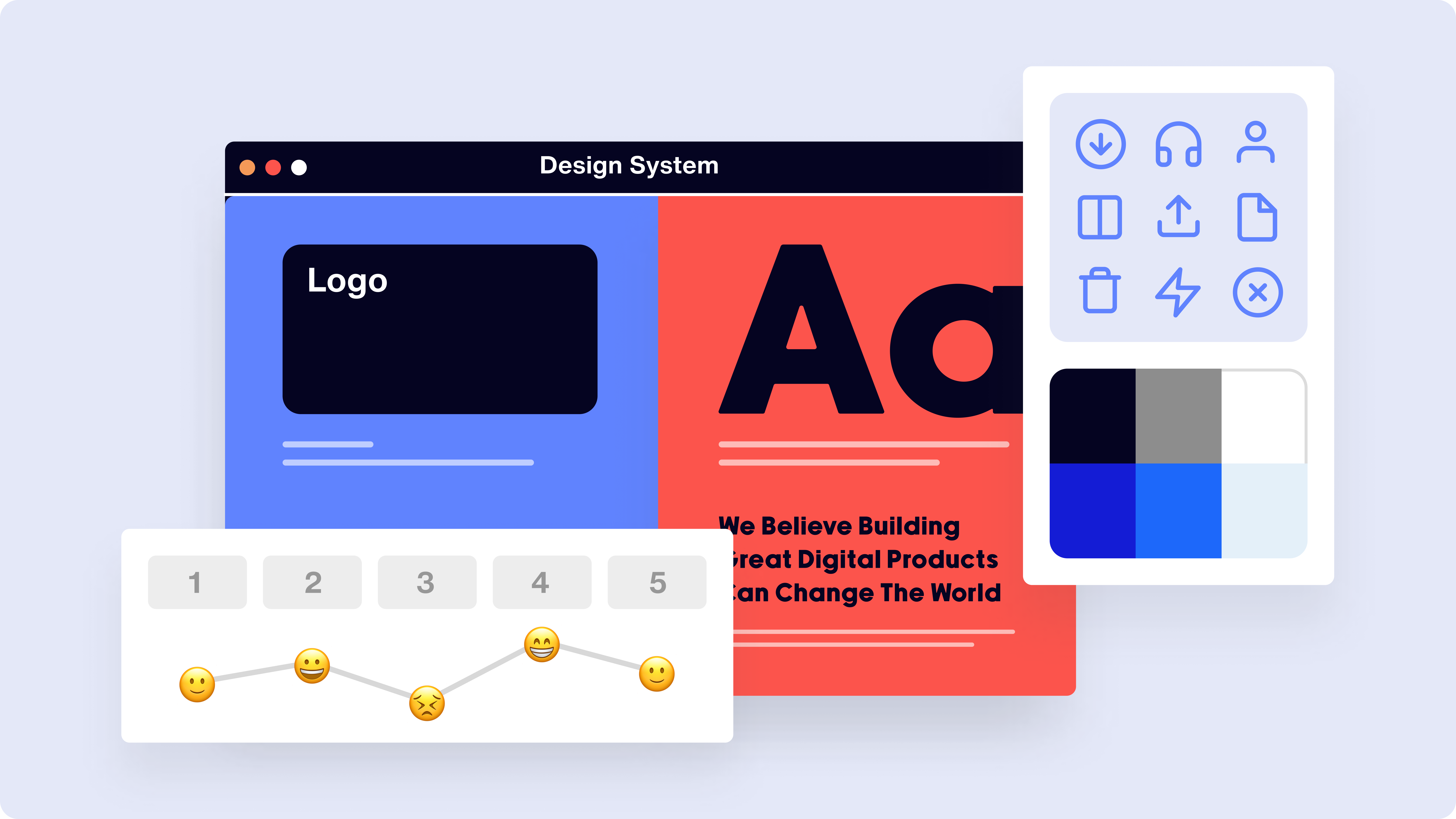 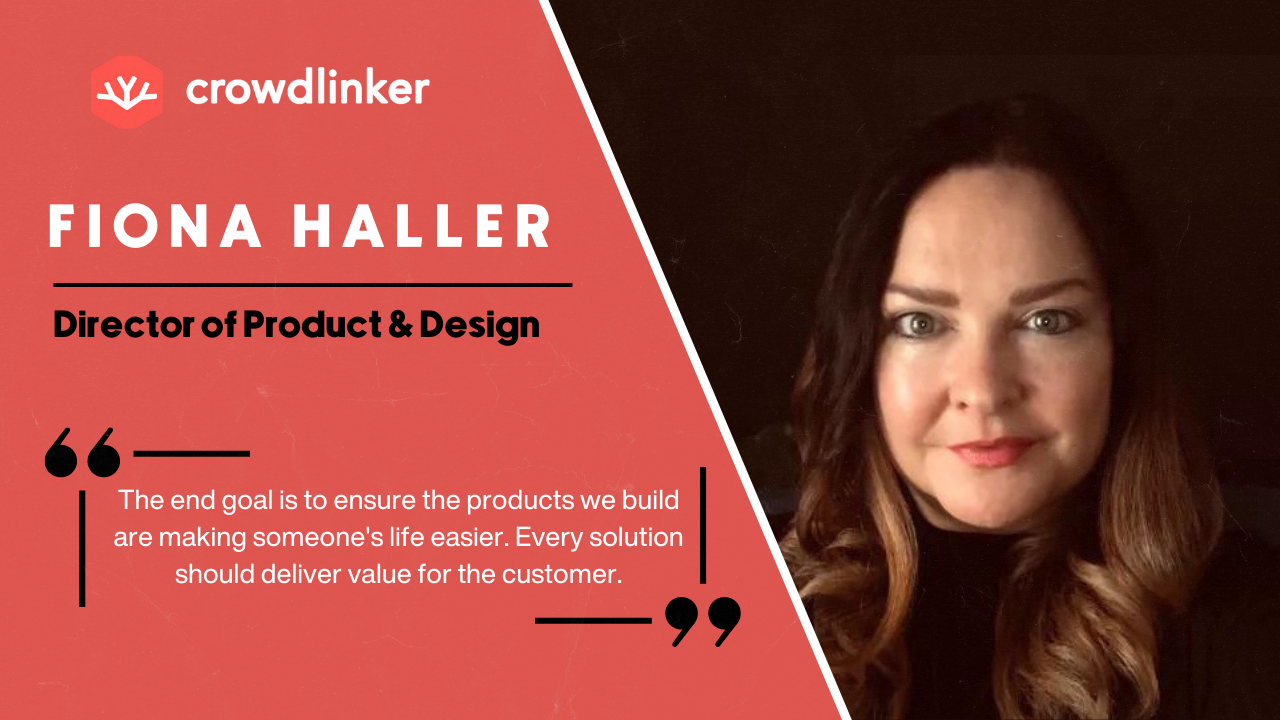 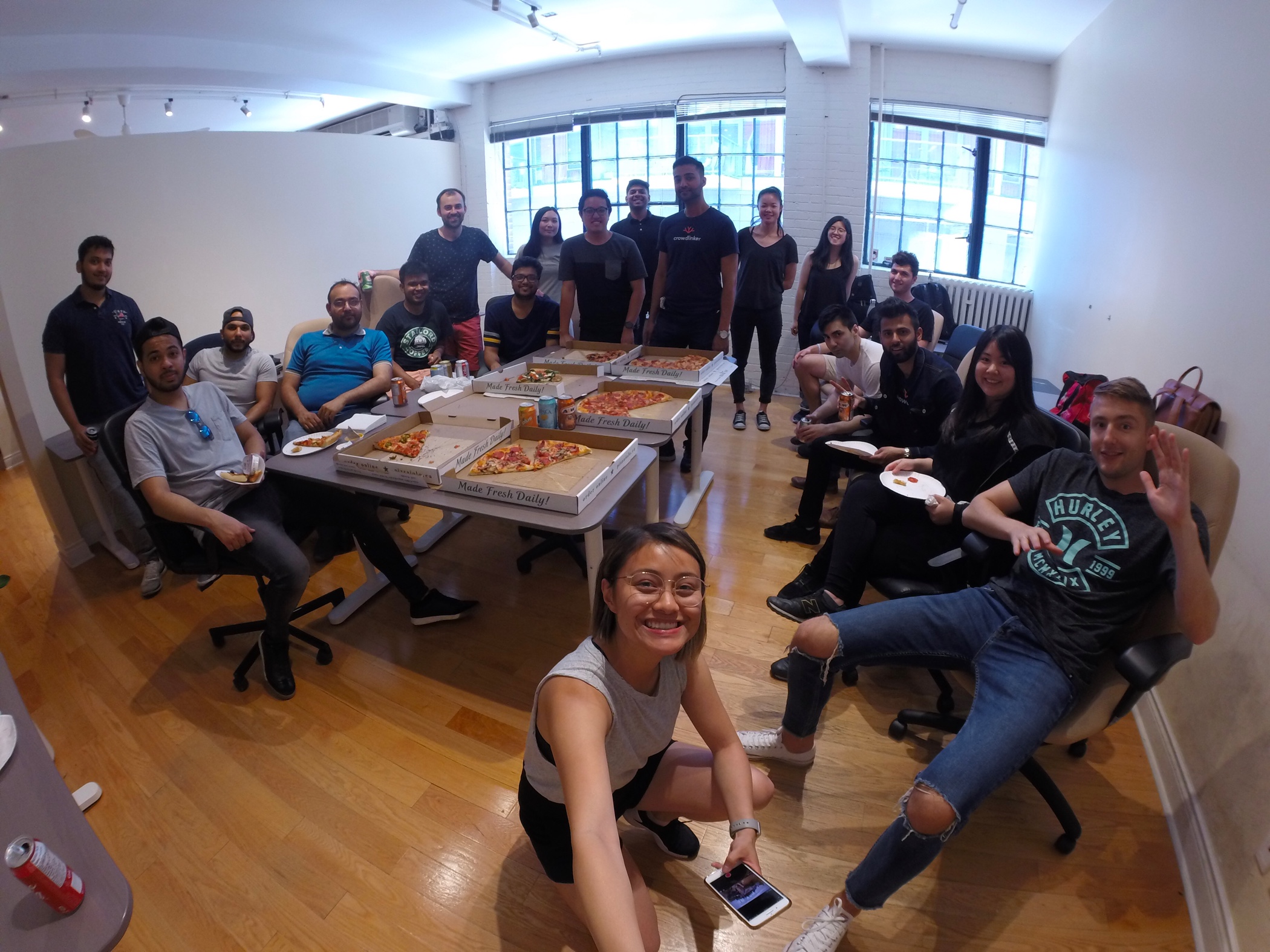 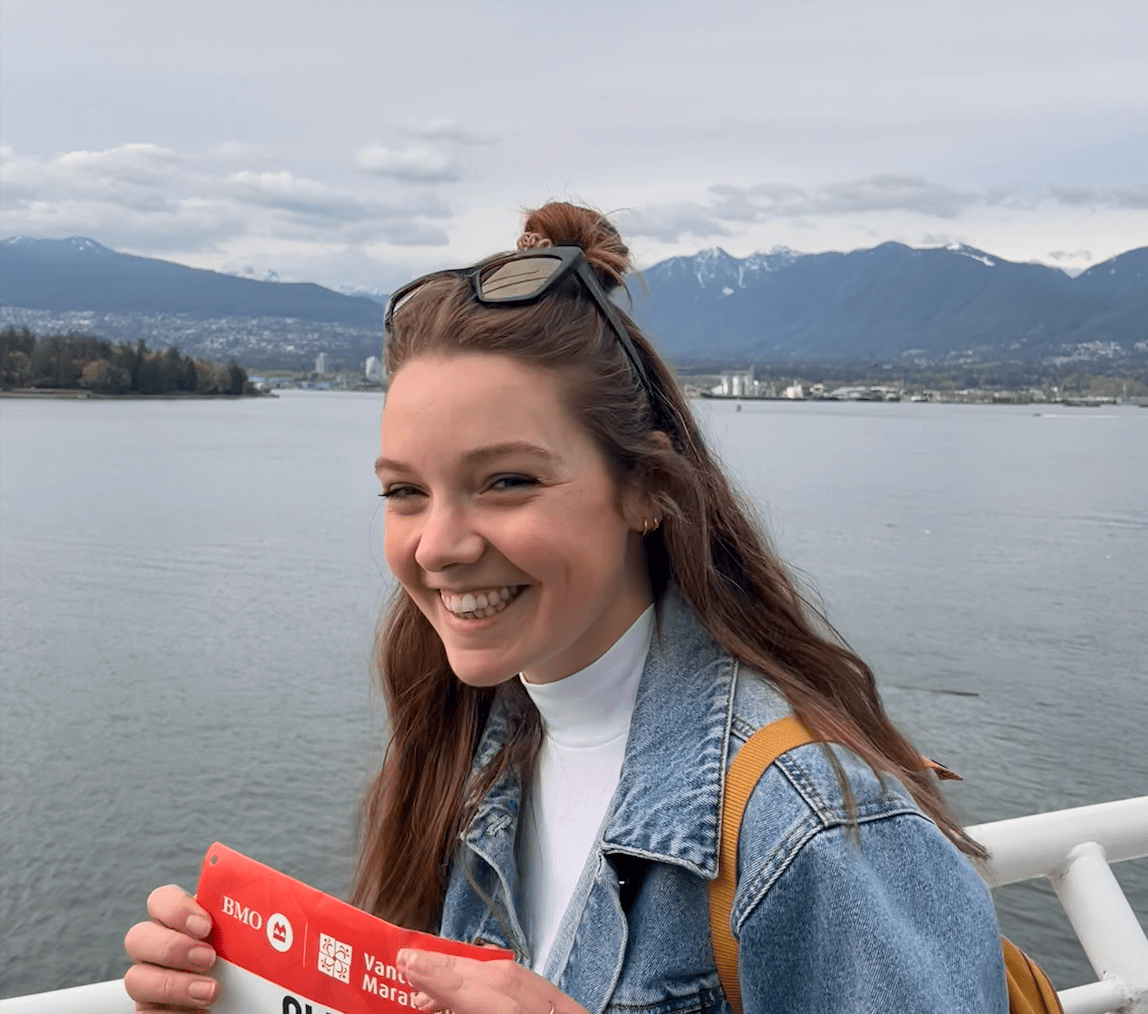